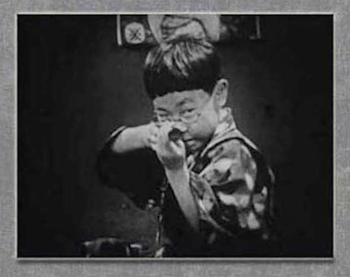 A Straightforward Boy is a 1929 short film directed by Yasujiro Ozu.

The simple plot (an adaptation of O. Henry's The Ransom of Red Chief) tells of a kidnapper who lures a young boy away. The idea, as usual with kidnappers, is to hold the boy for ransom and collect a nice sum of money. But the boy proves so irritating that soon the kidnappers decide to send him back.

Reportedly this film was originally 38 minutes long, but the versions rediscovered in the 21st century range from 14 to 19 minutes. One of the oldest Japanese films to survive at any length, since almost all of early Japanese cinema is lost.