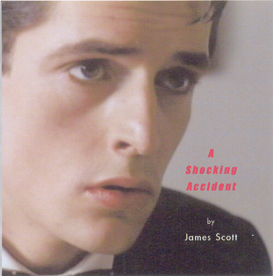 A Shocking Accident is a 1982 short film directed by James Scott.

It is based on a short story by Graham Greene. A nine-year-old boy named Jerome Weatherby, off at boarding school, is called into the headmaster's office, where he gets terrible news. His father, a travel writer, was killed in Naples. His father's death was a most unusual one: a pig fell on him. Apparently townsfolk in Naples are given to keep pigs on balconies, and when this particular pig got too fat, the balcony gave way, and the pig fell five stories onto Mr. Weatherby's head.

Poor Jerome is now an orphan with an embarrassing secret. His schoolmates mock him relentlessly and call him "Pig". Later, the adult Jerome (played by Rupert Everett in his film debut) has to deal with would-be girlfriends dissolving into laughter when he tells them how his father died. Jerome grows reluctant to tell anyone how his father died.