Film / A Gathering of Eagles 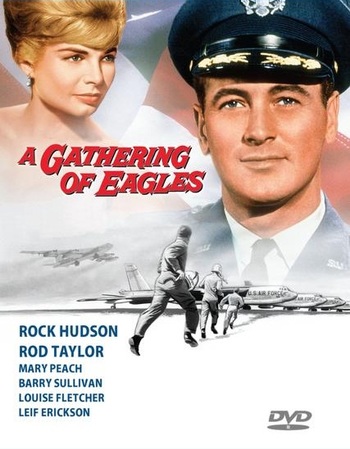 Colonel Jim Caldwell (Hudson), a U.S. Air Force officer and Strategic Air Command B-52 wing commander, must shape up his wing and men to pass a grueling operational readiness inspection that the previous commander had failed and for which he had been relieved. Caldwell is also recently married to an English wife, Victoria (Peach), and doing whatever he has to do to shape up his command puts on pressure on their marriage.