Film / A Day Without a Mexican 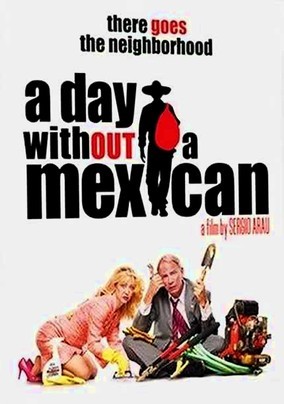 A low-budget independent film released in 2004.

Latin Americans mysteriously vanish all over the state of California. The California borders are hidden and obscured with a thick, impenetrable mist.

Suddenly the rest of the Californians, even those with animosity toward immigrants, are forced to cope with their absence when they realize how much they relied on them.

Mostly Played for Laughs, although it doesn't shy away from its own opinion on the matter.