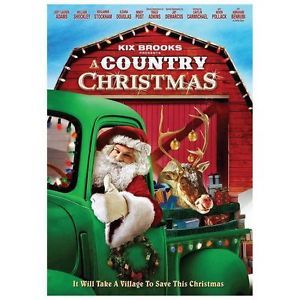 A Country Christmas (also known as The Great Santa Rescue) is a 2013 made-for-television Christmas movie (also available on DVD.)

In the film, a cranky US senator wants to ban belief in Santa Claus and succeeds in passing a law forbidding all images of him. This causes Santa to start losing his powers and he finds himself (and one of his helpers) stranded on a farm in a small town called Hope, Arizona. There he is found by the owner's children, Miley and Zach. Since the rules that govern Santa's existence forbid his revealing himself to the public or interfering directly, he's doomed to cease to exist soon. The children then set out to save him by publicly challenging the senator to an open debate over Santa's existence.

Tropes in A country Christmas: