Fanfic / Whatever It Takes 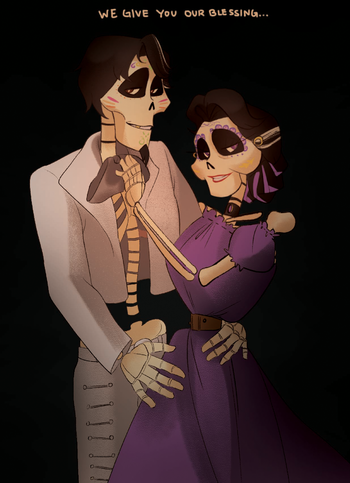 is an ongoing fanfic based on Pixar's Coco. The story is set in a What If? universe where Hector was the antagonist while Ernesto de la Cruz became his victim. Along with focusing on Hector's, and by extension Imelda's, successes as celebrities it also portrays the dark deeds they performed in order to protect their fame and their family.
Advertisement:

The fanfiction is built heavily on spoilers from the movie. Thus, all spoilers will be unmarked.

Tropes in Whatever It Takes include: