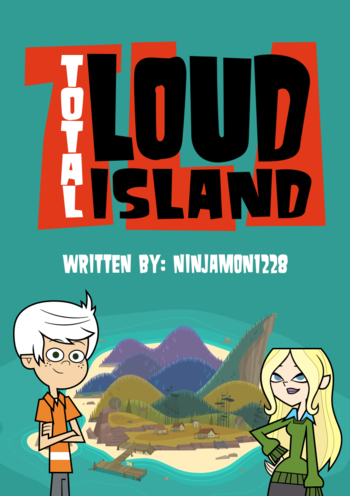 Total Loud Island is a crossover fanfiction between Total Drama and The Loud House written by Ninjamon1228. You can read it here

The story is a slightly different spin on Total Drama Island with the same 22 teenagers you know and love competing in insane challenges at a cruddy summer camp for a big cash prize. This time, however, 2 additional contestants have been added to the cast - the mysterious aura-reading nature lover Dawn of Total Drama: Revenge of the Island fame and a now 16-year-old Lincoln Loud, who is still as plucky and clever as he was as a kid. What new kinds of drama will these two bring to the cast? What new romances will blossom? How will the challenges go differently? And who will win the 100 thousand dollar prize? Find out on Total... Loud... Island!

The fic is complete as of the 25th of Febuary 2021, with the author saying that they intend to adapt other seasons of Total Drama in the future.