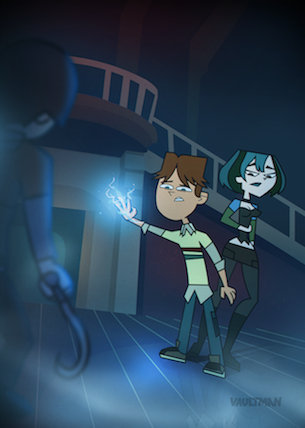 made by Rufus T. Serenity and a crossover between Total Drama and BioShock

The Total Drama Jumbo Jet is forced down over the Atlantic Ocean. Cody, Courtney, Gwen, and Noah get separated from the rest of the remaining contestants. They discover the gateway to something different. The gateway to the impossible. The gateway to…Rapture! The teens will struggle to not just survive but also keep their sanity and deepest beliefs intact in the first "Bioshock"!

There are 32 chapters as of yet and still ongoing.