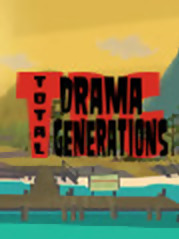 After the low ratings of the over-the-top TDAS and TDPI, Chris goes back to repaired and normal Camp Wawanakwa. 18 campers: 6 from each generation, are brought back to the island. Split into three teams, competitiveness goes into overdrive with a tough cast. Old and new romances blossom. Who will win the most dramatic season yet? Oh, Heather and Alejandro host the Aftermaths.

The competitors (before the team swaps in Chapter 10):