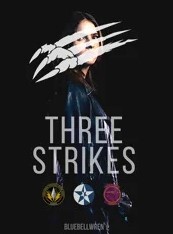 is a Fan Fiction novelization of the game Ace Combat 7: Skies Unknown by bluebellwren

and follows Naomi “Trigger” Foulke through the Lighthouse War. The story delves into deeper elements such as espionage and dark family secrets, developing and expanding the characters on both sides of the war as the story expands beyond the game's missions.
Advertisement:

As the story progress Naomi progresses from a rookie fighter pilot to a beacon of hope for her allies and a sign of fear for the enemy. This ends up putting a target on her back for those intent on seeing her as many want to see her fall or killed - even those seemingly on her side.

Now has a prequal story called The Demon's Song which follows Kathryn during Ace Combat 5: The Unsung War.