Fanfic / The Princess and the Rose 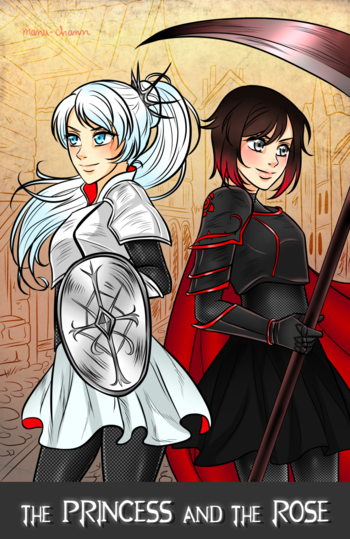 A chance encounter leads to an unforgettable journey
Advertisement:

The Princess and the Rose

is an Alternate Universe RWBY fanfiction that takes place in a medieval setting by J. Van A

. Weiss is the second Princess of Atlas and Ruby is a commoner who works as a simple farmhand on her Uncle Qrow's farm. Fate causes their paths to cross when Ruby saves the lost princess from Grimm and bring her back to her Uncle's farm. This chance encounter leads to an unforgettable adventure for the two girls and the companions they would gather.

The Princess and the Rose provides examples of: