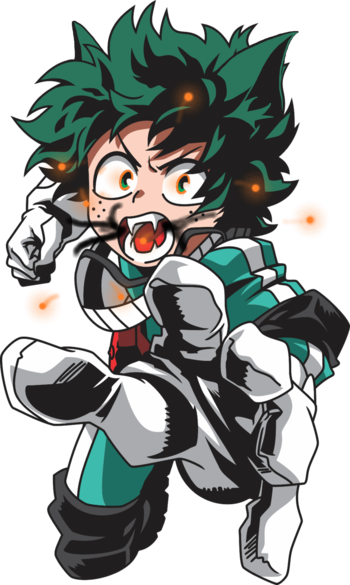 Common Quirks are based on simple things. Even Bakugo's strong flashy explosion Quirk is just like dynamite. But there is absolutely nothing simple about your Quirk being based on the Norse God: Fenrir.

With the great strength of the wolf god, Izuku is sure to claw his way straight to heroism.

The Norse Hero: Fenrir is a My Hero Academia fanfic written by GoldenGecko. It can be read on Archive of Our Own here.