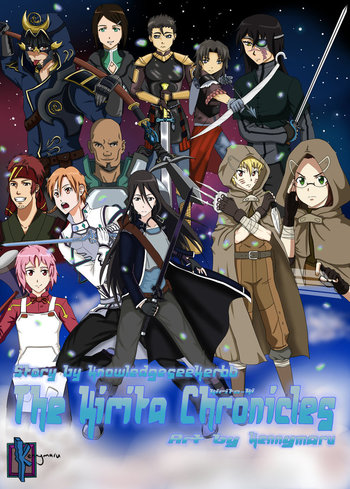 The cast goes far beyond this.
Advertisement:

. In this story, certain characters are genderbent, such as Kirito (Kirita), Asuna (Akio), Argo (Argo) and Lizbeth (Leonardo) while genders for other characters remain the same, such as Agil, Klein, Suguha, and Kayaba. In this story, there are a number of divergences from canon due to different circumstances and decisions.