Fanfic / The Ghost of Ochs 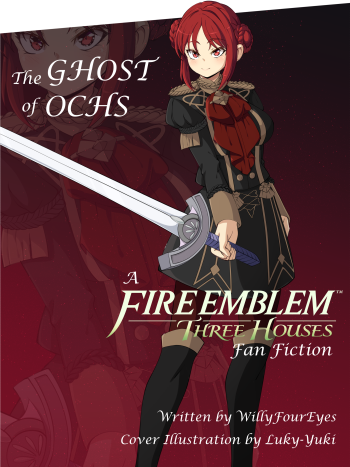 "...if I'm not 'legally alive', but I'm still 'technically alive', does that make me some kind of...ghost?"
— Monica von Ochs, to Flayn
Advertisement:

The Ghost of Ochs (available on Archive of Our Own

It starts sometime after Chapter 6: Rumors of a Reaper, when Flayn is rescued from the Death Knight and the Flame Emperor's army. During the rescue mission, a second hostage is recovered - a former Officers Academy student named Monica, daughter of the baron of the Imperial House of Ochs. Unlike the Monica who appears in the game (who is presumably killed and replaced by Kronya of "those who slither in the dark" and her identity and appearance used to infiltrate Garreg Mach Monastery), the Monica who appears in Ghost is the real one, and is revived by Flayn after they are both brought back to safety. The story is told from Monica's perspective as she attempts to reintegrate with the school to finish her education, figure out why she was kidnapped, and become strong enough so that she (and others) never have to deal with similar horrors again.

Tropes used in The Ghost of Ochs: