Fanfic / The Fourth of July 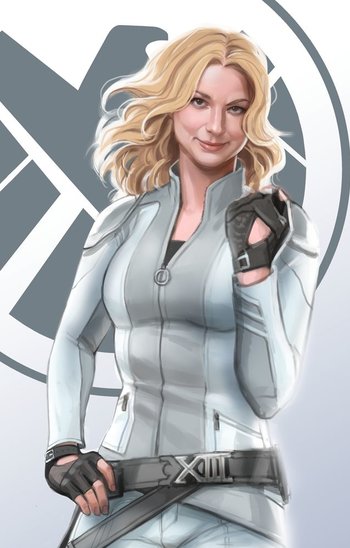 Our Super Bad-Ass Protagonist
"Captain Rogers."
"Agent. It seems we'll be working together for the foreseeable future."
"Indeed, it does."
"Well, if that's the case, I'll need something to call you."
"Agent 13 works just fine."
"What? Don't you have a name?"
"That's on a need to know basis. And you don't need to know."
Steve just blinks at her perturbed as she bit back a smile and started walking away. Just as she was about to round the corner, she turned her head and called back over her shoulder,

, It Was The Fourth of July

and hosted on Archive of Our Own, with the first part serving as a direct sequel of The Avengers (2012) and prequel to Captain America: The Winter Soldier , and stars Sharon Carter, aka Agent 13, showing her life and story while she develops her relationship with Steve Rogers, who's adapting to this brand new world and at first does not trust her very much.