Fanfic / The Chosen and the Beloved 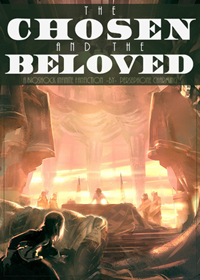 The Chosen and the Beloved is, in the author's words, a "novelization-slash-AU rewrite" of BioShock Infinite. It starts off telling the game's story more or less word-for-word, but moves further into true AU territory as it progresses. Told from Booker's perspective, it details the game's events, all the while expanding upon his and other characters' backstories and attempting to reconcile the apparent Fauxshadowing with her partially-spoiled experience playing the game.

While it initially updated around once a month, it's suffered from rather severe Schedule Slip; in spite of this, it is not yet a Dead Fic.

Can be found on Archive of Our Own here

and on FanFiction.Net here

The Chosen and the Beloved contains the following tropes: