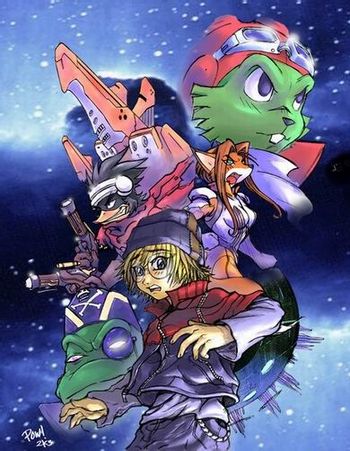 is a fanmade continuation of Bucky O'Hare and the Toad Wars. Begun in 1998, it lasted for five "seasons" consisting of episodes in screenplay format which told the continuing adventures of the heroic Captain Bucky O'Hare and his intrepid crew as they battled against the evil forces of Komplex.

It is was somewhat unusual for a fan fiction in that it had multiple authors all working in concert to create a continuing, consistent story, as opposed to being wholly the project of one writer.

Character guide can be found here