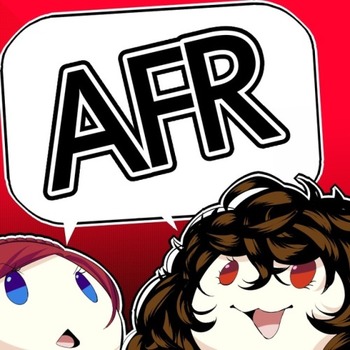 The AFR Universe (AFR short for "Amamiya Family Reunion") is a collection of Persona fanfics written by vivvav. It is a continuing series of fics that mostly explore the lives of the former Phantom Thieves of Hearts after their original adventure came to a close. The stories are largely centered on character interaction and Slice of Life. Most of vivvav's stories (including The Amamiya Investigation) tie together in the AFR Universe, save for a few fics and two Alternate Universe stories; The Evil Queen and The Phantom Queen.

WARNING! The AFR Universe is set as a sequel series to Persona 5, so there will be late-game spoilers unmarked. You Have Been Warned.

NOTE: This series was originally called The KFR Universe ("K" standing for "Kurusu"), but after the reveal of Joker's canon name "Ren Amamiya", Vivvav edited his fics within the now AFR Universe to reflect the announcement.

Tropes found in the AFR Universe: