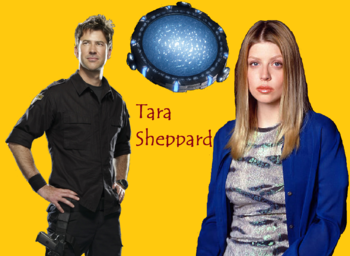 is a crossover of Buffy the Vampire Slayer with the Stargate-verse, starting just after the Atlantis expedition return to Earth for the first time. Upon returning to Earth, John Sheppard receives a note from his father’s deceased ex-secretary, Laura McClay, which reveals that her daughter Tara is John’s half-sister, asking John to visit Tara as soon as he gets the note. John’s visit occurs just in time for him to save Tara from her ‘fated’ death at Warren’s hands, setting off a chain of events that will change the lives of the Scooby Gang and the SGC forever.
Advertisement:

This story is a Recursive Fanfiction of the author's Doorstopper fanfic An Extraordinary Journey.

The story can also be found here