Fanfic / Sympathy for the Devil 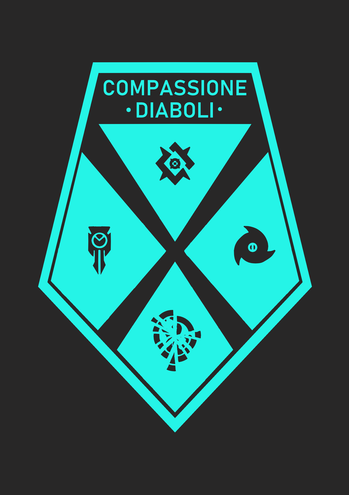 She wanted to be able to help who she could from the Elders. If she was able to escape, why shouldn't they?
Advertisement:

, Sympathy for the Devil

revolves around the Commander, Elizabeth O'Leary, deciding to not eliminate the Chosen Hunter, Ref-Il Mordenna, but to capture him alive after destroying his Sarcophagus. It goes on to explain the why of that decision, and how it turns the world of the game upside-down in several aspects.

is completed on Archive of Our Own, with sixty nine chapters published. It can also be found

on FanFiction.Net. It has also spawned The Devil's Footnotes

, a complementary collection of snippets focusing on characters' backstory and intermissions between chapters or before the start of the main story.

The story has an official blog

where questions can be asked about the characters and the story, and where snippets of stories that didn't make it into the bigger picture rest.