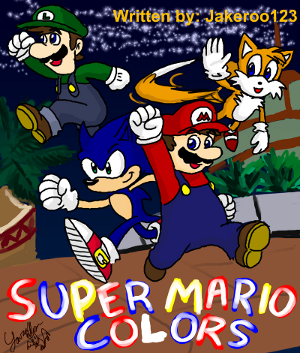 The cover for the fic.

A fanfiction written by Jakeroo123, Super Mario Colors is a crossover of Sonic the Hedgehog and Super Mario Bros. It can be read on DeviantArt