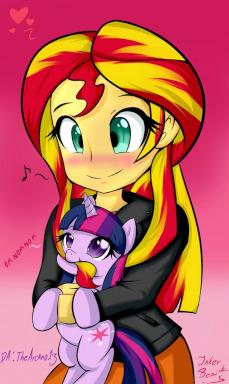 is a My Little Pony: Equestria Girls fanfic written by PoisonClaw

Twilight had planned to visit Sunset Shimmer and her friends over in the other world for a nice, quiet weekend, away from all the worries and problems associated with being a Princess of Equestria. Unfortunately, things rarely go as planned. After an accident cuts her off from Equestria, Twilight finds herself stuck in the human world until the gateway between the two worlds can be fixed. Which wouldn't normally be a problem...