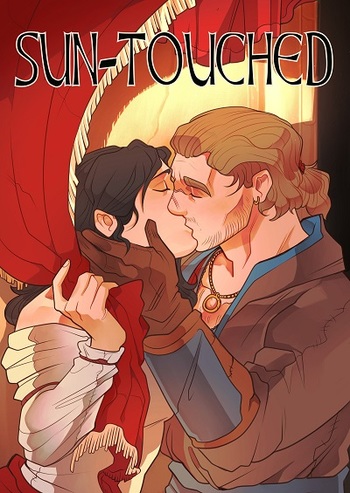 is a Dragon Age: Inquisition fanfiction by lucyrne (the ungenue). When Varric Tethras receives a special invitation from Paragon-elect Bianca Davri, he must make a reluctant journey to Orzammar. Of all his friends, Bethany Hawke is the only one who can come along, hopefully to add a little sunlight to what promises to be a dull affair.

Unfortunately for him, Varric's plan to make a brief appearance underground becomes complicated when Bethany is mistaken for his girlfriend. Together, they navigate dwarven society, investigate a weapons racket, and fall in love.

Because this is a Continuation of Inquisition, there are spoilers here.