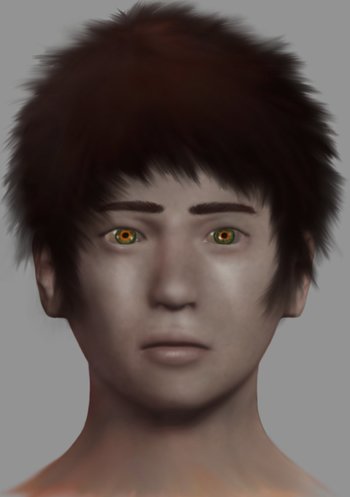 Yeah, that's pretty much what 1 Charisma looks like.
A Naruto/Fallout Self-Insert Fic. Can be read here

Shimoda Daisuke, once a normal human from Earth, dies and is reborn in Konoha, a year before Naruto. And he is given the stats and ability to level from Fallout: New Vegas. Complete with things like quests, perks and loot drops. Beautiful insanity ensues.

Needs Wiki Magic Love something fierce, as half the page is out of date.

Shinobi the RPG contains examples of: