Fanfic / Service with a Smile 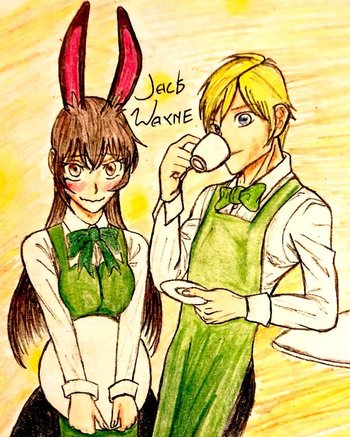 Service With a Smile

is an Alternate Universe Fic of RWBY, written by Coeur Al'Aran.
Advertisement:

When Jaune's forged transcripts were rebuffed, his only option was to return home in disgrace or forge a new life in Vale. Opening a diner was an impetuous decision, being good at it a stroke of luck. Becoming the favourite haunt for students, teachers and criminals alike...? That was neither, but it sure did keep things interesting. Wasn't the civilian life supposed to be easier?