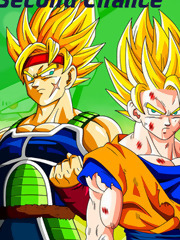 is a Dragon Ball fanfic written by Full Power, better known as FP.

In a twist of fate, Bardock is transported into the future the day his sons had their fateful encounter. Given a second chance at life, the psychic Saiyan warrior sets out to become a better father and help the Z-Fighters battle oncoming threats to the universe as they know it.

Not to be confused with the crossover fanfic Second Chance.