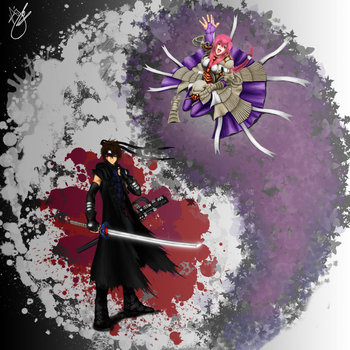 is a Gundam Seed Alternate Universe fanfiction by AJ-Writer. Also technically a Naruto crossover, it takes place on Earth millions of years before Naruto occurs.
Advertisement:

Kira's a lowly ramen bar waiter in wartorn world. Thrust into an age of warriors where legends are made, Kira don a mask and found he's fighting not only against his enemies but also his very own demons.

This is a fanfiction that swings from almost grimdark to bellybusting comedy, but it earns its M rating.

This work of Fanfiction contains the following tropes: