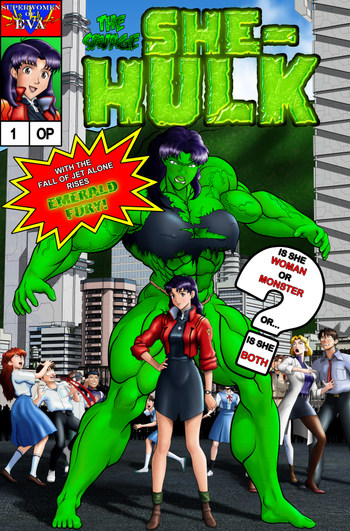 When Misato stops the Jet Alone robot, nobody suspects the consequences she must face...or the deadly secret in her blood.

is the very first story in the Superwomen of Eva series. It stars Misato Katsuragi as the She-Hulk (though based on The Incredible Hulk himself, and not the She-Hulk character).

Following the Jet Alone incident where Misato is irradiated, she finds herself not dead, but instead transformed into something powerful... and savage.