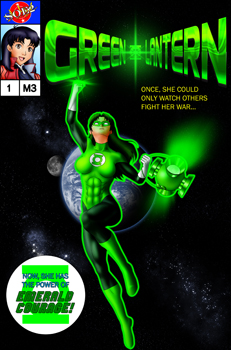 Misato always wished that there was some way she could fight the Angels herself, instead of through the children. She had no idea that the power would practically fall into her lap, or that it would come in the form of a little green ring.

is a Superwomen of Eva story in which a dying Abin Sur, Green Lantern of Sector 2184, bestows his Power Ring to one Misato Katsuragi while she's on her way home after the destruction of Sandalphon.