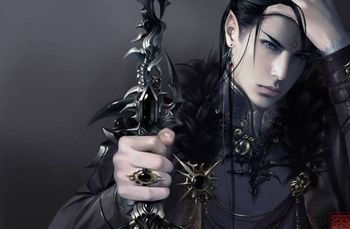 Ronin: "You harmed my comrades... That is something that I absolutely cannot forgive!"

Ronin is an S-Class mage of Fairy Tail, who specializes in a form of Take Over magic known as Hellhound Soul.