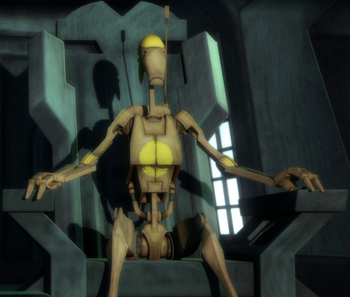 Wait, the protagonist is one of those?

is a Star Wars Self-Insert fanfiction written by Tabi

. It is hosted on Spacebattles Dot Com, and it features Tabi as a B1 Battledroid named 711. Much of the story is centered around 711's career as an increasingly prominent officer in the Droid Army of the Confederacy of Independent Systems.

, which is closed, and Thread 2