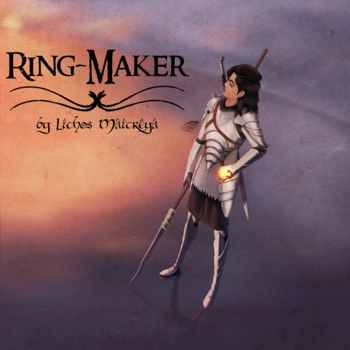 . Verified Cat
"Three Rings for the Sentinels, honest and true.
Seven for the Wards, in their city of sin.
Nine for the Penitent, forged anew.
One for the Ring-Maker, to find light within,
On the shores where the rising Sun shines through.

One Ring to rule them all, One Ring to guide them;
One Ring to bring them all from out the Dark which hides them
On the shores where the rising Sun shines through."
Advertisement:

Ring Maker is a Worm/The Lord of the Rings crossover fanfic by Lithos Maitreya.

Taylor Hebert had a bad day, and came out of it changed. Some parahumans can control bugs. Some can build advanced technology. Some can do unspeakable things to space and time. Taylor can make magic rings, wondrous metals, mysterious weapons, and may not be a parahuman—or, indeed, human—at all.

Complete. Can be found on Sufficient Velocity