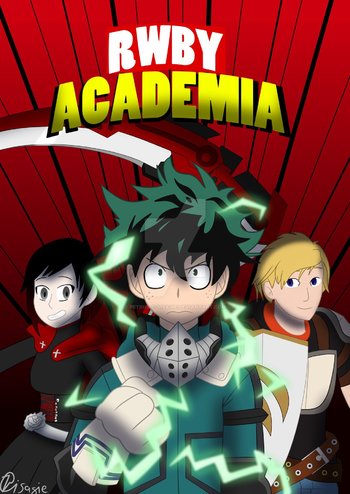 is a crossover fanfic between My Hero Academia and RWBY by Ninjamon1228.

The story centers around Izuku Midoriya and his childhood friend, Jaune Arc, as they attend U.A. high-school and their journey to become great heroes.