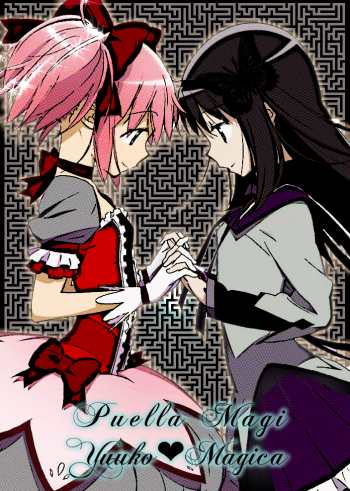 As you wish...
Advertisement:

is an ongoing Puella Magi Madoka Magica fanfic by Webidolchiu 94 on Fanfiction.net. It follows an Alternate Continuity in which Madoka wishes for a world where the Puella Magi aren't bound by the rules of the old Puella Magi system. However, it's not what you think. In other words, be careful what you wish for.

Now, not only are there Puella Magi, but mages as well! No longer are there Witches that garner despair and sadness!

And there's a spoiler warning from the goddess herself:

May contain heavy spoilers for not only the show, but my other story, "Eternal Flowers", seeing as this is a prequel! YOU HAVE BEEN WARNED.

Now has a Wiki.