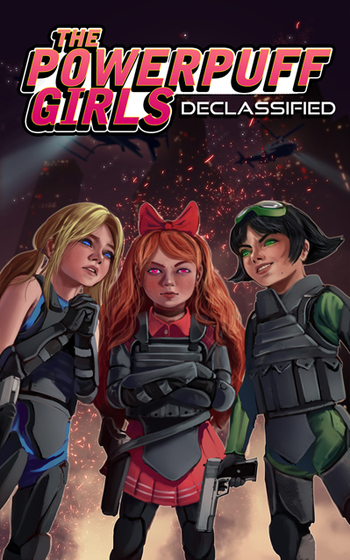 The real Powerpuff Girls aren't what the cartoons made them out to be...
Project Powerpuff: Declassified

The story is mainly told as if the reader is reading stolen documents detailing the Powerpuff Girls' lives. The story chronicles them, starting prior to their creation in the 1980s. Project Powerpuff: Declassified adds a more "realistic" science-fiction element to the franchise and rolls with it.

The second story in the series is The Powerpuff Girls: Declassified