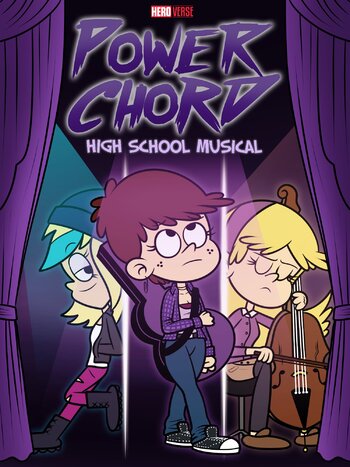 Power Chord: High School Musical is a fanfiction of The Loud House written by UnderratedHero and the second installment of the Heroverse. It stars Luna Morrison who is a metahuman that hates her powers and wishes she never had them. After some mysterious affliction affects a bunch of students at once Luna is forced to step up and be a hero.
Advertisement: