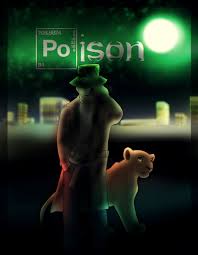 After the success of The Haiba Mystery, author Anthony Barletta (ThatPersonYouMightKnow) decided to continue it with a longer series chronicling the further adventures of Detective TPYMK, alongside a sassy drug-addicted lioness named Sarafina.