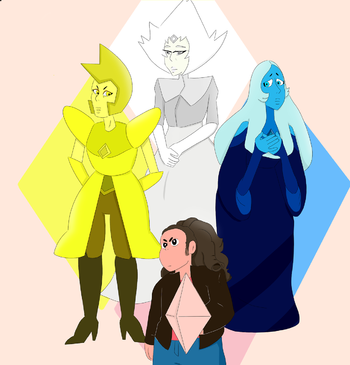 It is impossible. It is unthinkable. Only a diamond can cut another diamond. But Rose Quartz kept so many secrets. As the Corruption song rings out across the beach, Steven steps forward and, in desperation, he sings back. And the Corruption...stops.To save the Earth and find out what he really is, Steven makes a deal. Fourteen years of his life. And, oh. What can happen in fourteen years....

Paragon, written by Kitsune Heart, can be found on Archive of Our Own, here

. Not to be confused with the Kim Possible story Paragon.