Fanfic / Of Lilies and Chestnuts 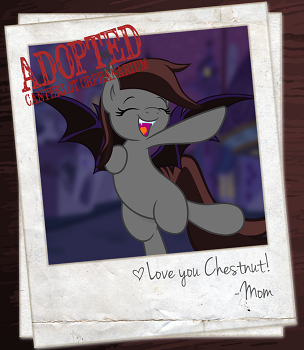 Can Chestnut survive the trials of the Canterlot Elite? Only time will tell!
Advertisement:

In some circles Fancy Pants and his lovely wife Fleur are considered to be the most heroic duet of Canterlot. They have conquered countless social events, faced hundreds of snobbish ponies and emerged victorious from the most dire of faux pas. Truly, ballads shall be sung in honor of their bravery for generations!

However, these very heroes have recently discovered that there is something missing from their lives. Something that can't be obtained by wielding a keen edge of exquisite mannerism or showing deft expertise in charming smiles. Something that cannot be gained or achieved, but must be earned. Something that came to them in the form of a brash, growing up filly from beyond Equestria.

This story is a My Little Pony: Friendship Is Magic fanfic written by Prane

. You can read it here

This Fanfic shows examples of: