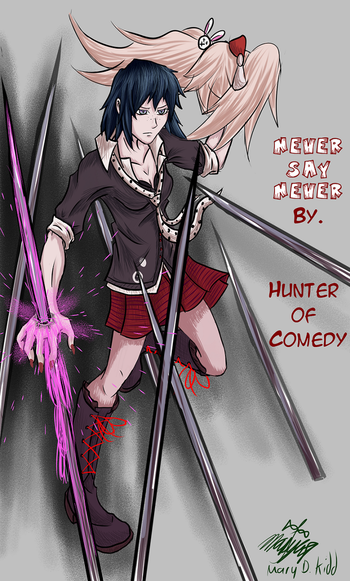 Cover art made by MaryDKidd

. Used with permission.
Never Say Never is a Danganronpa fic by hunterofcomedy

. In it the events of the first game seem to proceed as usual, however, Mukuro Ikusaba begins having doubts about her sister's plan. Things truly change however when Naegi saves Mukuro when she's disguised as Junko, and Sayaka does not die from her stab wound...

The author has the fic on FanFiction.Net and Archive of Our Own, which can be found here

The story assumed you have already played the first game, so beware of spoilers.

Also, do not confuse this fic with a song from a certain singer.