Fanfic / My Hero School Adventure is All Wrong, As Expected 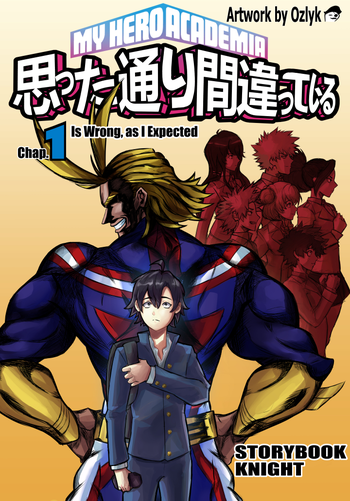 Hikigaya Hachiman is the last person on earth who should ever apply to U.A. High School. Yet somehow, he manages anyway. In a world of irrepressible optimism and idealism, these are the adventures of a young man who believes that idealism is a lie.

A Fusion Fic between My Youth Romantic Comedy Is Wrong, as I Expected and My Hero Academia taking place in the setting of the latter but with characters from the former integrated into the world.

My Hero School Adventure is All Wrong, As Expected provides examples of: