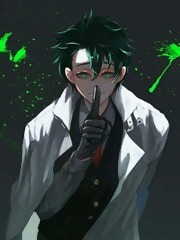 No one is immune to entropy, heroes least of all.
Advertisement:

Midoriya Izuku didn't change overnight. The process was slow and gradual, the end result of a life filled with rejections and roadblocks: All Might's refusal to train him, the daily torment of his friends and teachers, the crushing weight of society's collective dismissal of his existence. Not even life as a student in U.A.'s General Studies course could dampen his ambition- but everyone has a breaking point. Destruction brings renewal, and with the death of his old dream, Izuku has gained a new one- one he intends to share with all of Japan.

All orderly systems descend into chaos. No one is immune to entropy, heroes least of all.

Entropy is a My Hero Academia fanfic by Imperium42

. It can be read on Archive of Our Own here