Fanfic / Memories of a Freedom Lost 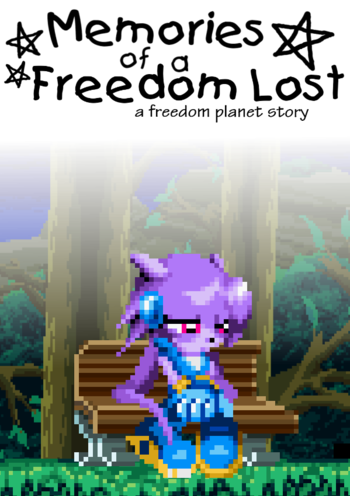 “Why’s it so hard…?” she choked out between sniffles. “Why can't I but everybody else can…?”
While cleaning up the remains of a certain invasion, Lilac is horribly injured. When she wakes up, she isn't the same. Will she ever be who she once was? Moreover, will she ever even remember who she once was?
Advertisement:

Memories of a Freedom Lost is a Freedom Planet fanfiction written by author Spookyrus. It tells the story of main character Sash Lilac losing her memories in a freak accident, and how her friends, allies, and enemies deal with the situation.

The story currently has 5 chapters and 11,601 words in total. Six canonical characters have made appearances so far, as well as one original character (two if you count Blue the Stuffed Animal of Indeterminate Species). It is, as of now, uncertain as to how many chapters the story will run for. Updates are quite sporadic and do not follow a set schedule, and only five chapters were uploaded within the first year of its run. It was initially uploaded to FanFiction.net on May 9th, 2017.

The story can be read on FanFiction