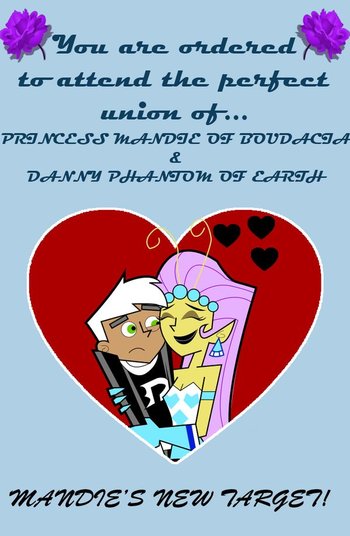 Invitation to the wedding of her dreams. Used with permission by artist.
Mandie's New Target

Princess Mandie escapes from jail and returns to Earth for revenge on Mark and his friends, however, after being hit by an asteroid, her ship crash lands in the town known as Amity Park and she sees a powerful, white haired boy whom she believes might be strong enough to become her new prince...Oh my!

These fanfics provide examples of: