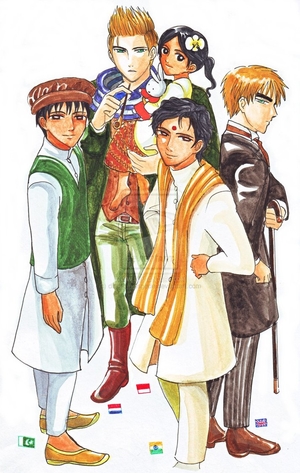 is a historical Hetalia: Axis Powers doujin of colonization in Indonesia, Southeast Asia in general and even Australia from the 14th century to the end of World War II by dinosaurusgede

This doujin provides examples of the following tropes: