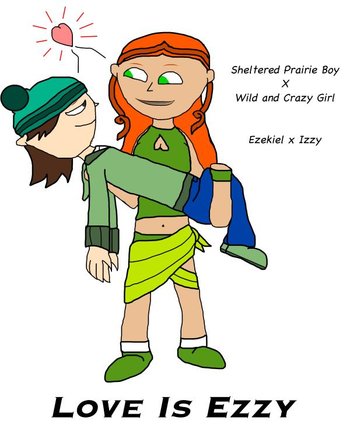 is a Total Drama fanfic written by The Kobold Necromancer, who is best known in the fandom for writing the Total Drama Comeback Series.

It follows the adventures of Izzy and Ezekiel after Izzy gets kicked off of TDA. As the story progresses, the two start to become closer, and while it is mostly Izzy helping Ezekiel adapt and improve in the real world, eventually he is there to help her too. It also includes other characters that didn't make it into the season, with their own relationships, problems, and issues.