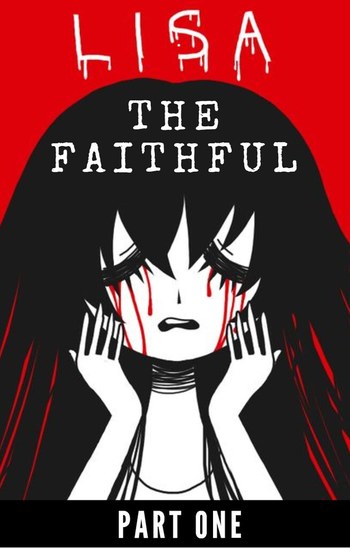 There's only one thing she knows for sure: Lisa Armstrong is the key to saving Olathe.
"Long before the White Flash killed civility, and long before Brad tasted Joy, he had grown disturbingly used to the taste of blood on his tongue. He and his friends were far too young for the lessons they'd learned, but they could never anticipate how much worse things would become."
— LISA: The Faithful
Advertisement:

is a LISA fanfic by Iron Vow

Taking place before the events of "LISA: The First," the lives of the young Brad and Lisa Armstrong are set on a different path due to the actions of Joan Chambers, a girl in Brad's class who has seen Olathe's dystopian future and wants to prevent it.

Joan knows exactly what's going on in the Armstrong household and does everything in her power to help, but there's only so much one person can do, especially when they're stuck in the body of a child. Meanwhile, Brad and his childhood friends struggle in the uncaring world they live in.

(Cover art is by tourniiquett