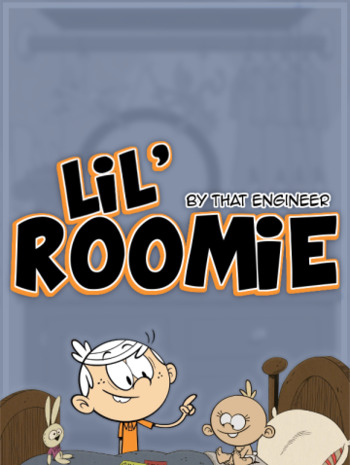 Lil' Roomie is a fanfic based on The Loud House by That Engineer. It is available to read here

Based on the episode Room With a Feud, Lincoln adjusts to having a new roommate with his youngest sister Lily, and he finds that it's more satisfying than having a room to himself and finds an opportunity to bond.

This is a softer and heartwarming story the author's been waiting to tackle as opposed to some of his darker fanfics for The Loud House, specifically Syngenesophobia and What is a Person Worth?.