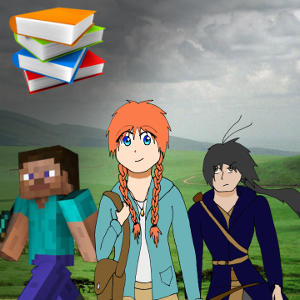 is a Crack Fic written by Lord Starfish, and is a crossover between Minecraft, My Little Pony: Friendship is Magic, The Lord of the Rings, Spider-Man, Batman, Puella Magi Madoka Magica and a bunch of other things. It revolves around a young girl named Kasumi, whose father is kidnapped by an evil clan of sentient books, and with her two best friends Kiyoshi and Steve?, she embarks on an epic quest to save him.