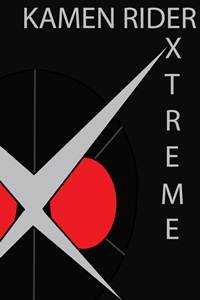 Kamen Rider Xtreme is a fanfic created by guncannon109 of Tokunation.
Advertisement:

The story follows Alex Darwin, an orphan whose mother died when he was a child and his father disappeared years later. During a run in with a Dopant (the same kind of Dopant from W) he obtains the X driver (Based on the W Driver) and becomes Kamen Rider Xtreme. He then sets out to take down Dopants wherever they emerge, and uncover the source of the beasts.